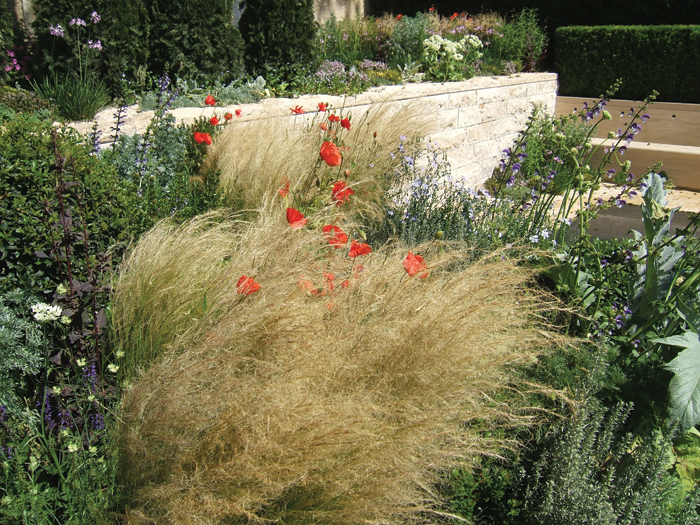 What is this style that we loosely call naturalistic planting? If a vision of opposites helps to define the image, a formal garden will come close. Think of the antithesis, and you’re nearly there. A naturalistic garden could be described as wild, but if it’s been designed this way, it’s anything but. Certainly, plants drive the design. You might not associate it with a closely mown lawn or perfectly straight paths. Although, anything goes – and there’s no reason why you shouldn’t combine a naturalistic border with a neat and tidy lawn, or position it close to an undeviating hard surface.

A planting scheme that is full to overflowing with perennials, together with grasses and some structural plants too, appears to work in partnership with nature. It’s a form of re-wilding the borders whilst still maintaining some sort of control over the appearance. This idea of wildness is by no means new. Indeed, William Robinson, born in Ireland in 1838, wrote The Wild Garden in 1870. He was one of the most respected garden writers and horticulturists of his time.

The most successful of all plants – grass
Grasses certainly have the ability to soften the landscape, forming bold statements of shape and form when used in drifts, clumps and swathes. Their flower and seed heads move in the breeze and merge effortlessly into nature. The naturalistic approach to gardening considers ecology as an important part of the process, therefore habitat potential of a planting scheme is a priority. Wildlife can abound in the damp understorey where there is opportunity for nest building and feasting on seed.

Grass, so it seems, is no longer just to walk on, its use has progressed. It is an undeniably successful plant that covers ground in just about every country. Just leave a patch of bare soil and sooner or later grass will appear. There are more than 10,000 different species plus perhaps 5,000 sedges and rushes, so it’s easy to see why we can access so many variations in colour, shape, form and texture.

Use grass for structural planting, to divide up your space in an informal way, to create moody areas, fill in bare spaces under trees, create wonderful texture and more. The uses for ornamental grasses are limitless. 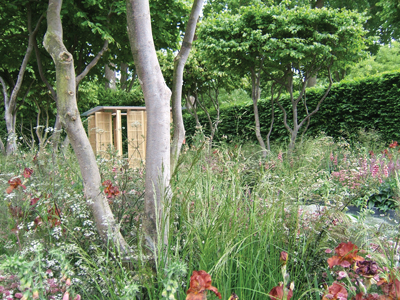 Gardens to visit
Consider the High Line in New York, for which talented designer Piet Oudolf was partly responsible. This influential Dutchman and Henk Gerritson, a former artist from the Netherlands, are known for their ‘new wave planting’ style of ornamental grasses and perennials. Pensthorpe Natural Park Millennium Gardens in Norfolk is another fine example of Oudolf’s stunning work. The Queen Elizabeth Olympic Park, created for the London Olympic Games in 2012, is a variation on a similar theme. The planting was designed by Nigel Dunnett and Professor James Hitchmough. They are pioneers of ecological and innovative approaches to planting within public spaces, aiming to integrate ecology and horticulture in a most effective and attractive manner.