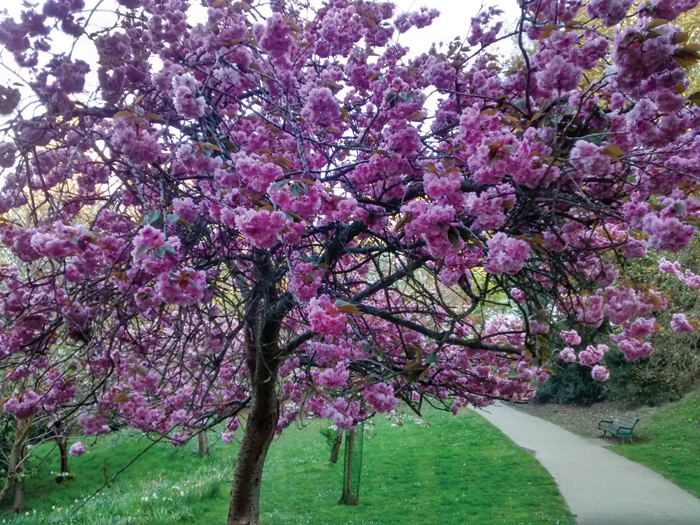 The joys of spring

Early spring in the garden is probably the most longed-for time of the year for most. The weather is naturally unpredictable and the wise gardener will be prepared for just about anything. There could be a heatwave, snow, frost, drought and April showers. Be prepared to protect tender young shoots with a covering of horticultural fleece, which can be used as a warm blanket until the cold snap has passed. 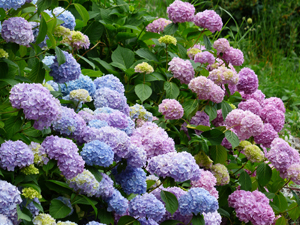 This is the perfect time for pruning a variety of shrubs, depending on the weather. If fairly mild, Hydrangea macrophylla can be pruned down to a pair of buds and old, woody growth can be removed. Buddleja davidii can have a good tidy up, ready for new growth, Lavender can be gently trimmed and Cornus, which is grown for winter stem colour, can be pruned hard if you haven’t already done so. Deciduous ornamental grasses should also be cut down to make way for new growth.

Plant a tree for the jubilee

Make the most of the coming growing season by planting trees and shrubs as soon as possible so that their roots can romp away as the soil warms. Her Majesty the Queen has been on the throne for 70 years this year and we are all urged to ‘plant a tree for the jubilee’. This national tree initiative is encouraging everyone to plant trees, whether it’s a single specimen in a garden or an entire woodland. It is hoped that individuals, community groups, schools, businesses and councils will all take part in a bid to green up the UK. This, of course, will help to fight the climate crisis. Trees, after all, are our friends when it comes to absorbing pollution, storing carbon, producing oxygen, stabilising the soil, helping to prevent flooding, improving biodiversity and providing shelter.

But did you know that some trees are better than others when it comes to eco credentials? Oak, beech, London plane, black walnut, many larger maples and eucalyptus are some of the best when it comes to carbon storage. Larger trees are generally better than smaller varieties, but anything is better than none at all! Broadleaved species have a larger surface area of leaves, which enables them to carry out photosynthesis. They absorb water, sunlight and carbon dioxide in order to produce oxygen.

When it comes to wildlife, oaks are kings of the habitat providers, but smaller trees, including a wide range of birch, are excellent too. Some of the woodland edge smaller trees and shrubs excel at this particular role, including elder, spindle, blackthorn, wild cherry, crab apple, hawthorn and holly. The key lies in planting a diverse mix of species in order to provide as many benefits as possible to wildlife. Think in terms of food sources as well as cute, furry and feathery creatures. Insects are just as important when you consider the food chain.

It is wise to avoid planting a monoculture using just one species of tree. If disease strikes, you are likely to lose the entire group. This applies to street trees as much as it does to garden hedges, copses and woodland. Far better to include a mix of species, which will be less likely to pass on disease to each other. For this reason, it is sensible to extend the range of trees in the UK to include non-native, hardy trees as well as natives. Always source trees from reliable, ‘plant-healthy’ suppliers.

Be aware of the general health of trees, including disease that causes limbs to be lost, thus posing a safety risk in public places.