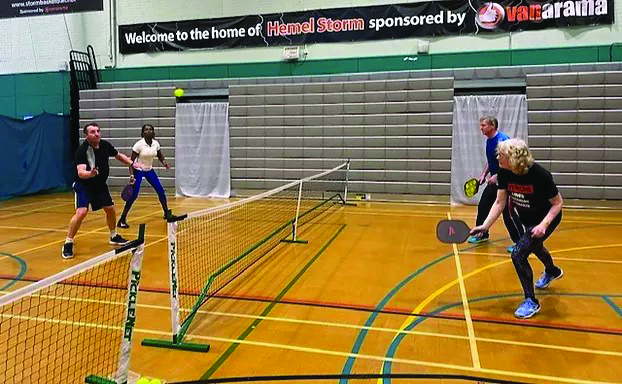 Many of you may not have heard of pickleball. It is a fun sport becoming increasingly popular across the country.

In conjunction with Everyone Active at Hemel Hempstead Leisure Centre, a club has been formed called Dacorum Dynamos. It currently has two sessions per week, each two hours long. Members play against each other mostly in doubles matches. “Whilst competitive, the fun and social elements are key”, says its Chair, Alan Howard. He adds that; “the exercise is also good for health and fitness, and has become particularly popular with the over-fifties.”

Played on a badminton court with a tennis-style net, a lightweight plastic ball is used and players have a large solid bat called a paddle. The mode of play is similar to tennis but with a different scoring system and of course its own rules.

The club is keen to attract new members and have an introductory session each Tuesday afternoon should anyone wish to try it out.