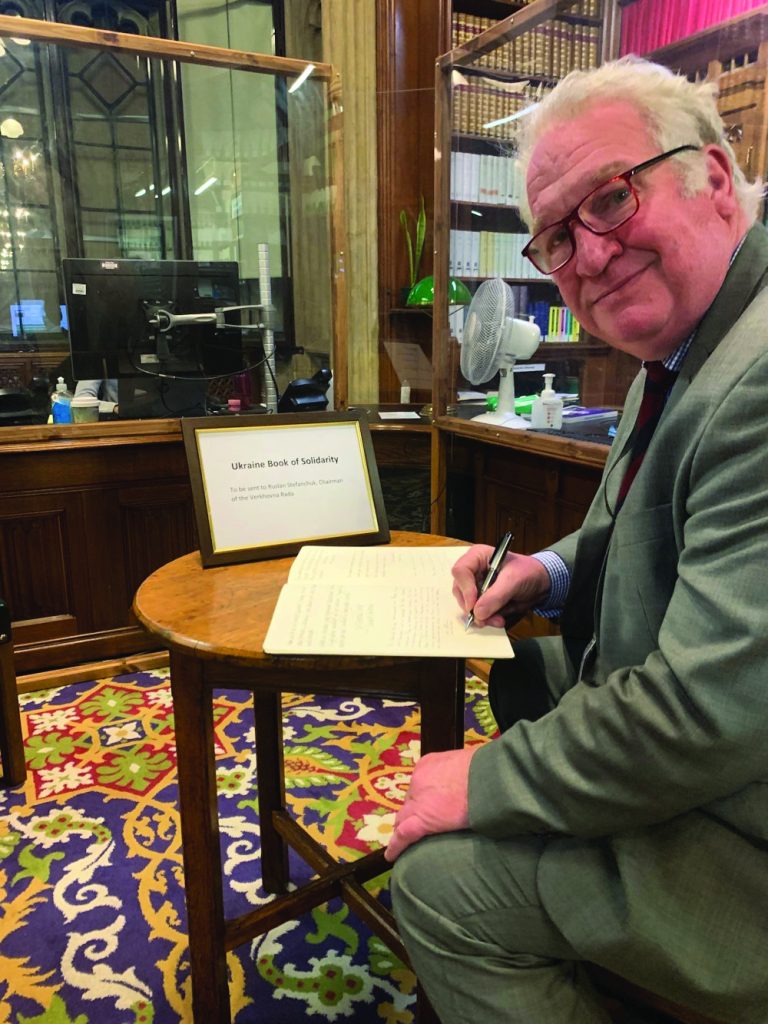 This article is written a few weeks in advance of publication so events will almost certainly have moved on.

I am appalled at Putin’s premeditated and wholly unprovoked attack on a sovereign democratic state. My thoughts and prayers are with the Ukrainian people and President Zelenskyy, whose defiance, courage and patriotism in the face of Putin’s aggression is nothing short of inspiring.

The UK has been supporting Ukraine’s security and defence for a number of years, in fact, when I was a defence minister, I signed off on UK military to train local troops in Ukraine. The UK has since trained over 22,000 members of the Ukrainian army through Operation ORBITAL. Also, since 2019, we have assisted Ukraine to build up and sustain a naval capability. In the months prior to the invasion, the UK provided extra support in the form of 2,000 anti-armour missiles, which the Ukrainians are now putting to good use. The UK has sent further military support since the invasion. More than 1,000 British troops have also been made ready to support NATO and allies in the unfolding humanitarian crisis.

There is a huge temptation to support the implementation of a no-fly zone over Ukraine. The problem with that is we cannot implement a no-fly zone without enforcing it. That would almost immediately involve NATO aircraft engaging with Russian aircraft which would escalate the situation and give Putin justification for attacking a NATO country. Under Article 5 of the NATO Treaty the attack on one NATO country is an attack on us all and we would have a new Europe-wide war.

It is heart-breaking not to be able to support Ukraine in this way but, unfortunately, we have no real choice at the moment.

I am fully supportive of all the actions being taken against Russia. The UK has implemented the largest and most severe package of economic sanctions ever in response to Putin’s invasion. Working with our allies in NATO, the G7 and Europe the Government will continue to ratchet up the pressure. We have already imposed sanctions on President Putin, Foreign Minister Lavrov, five Russian banks, 120 businesses and a long list of oligarchs. Taken together, they target assets worth hundreds of billions of pounds. Importantly, the Government has also worked internationally to remove selected Russian banks from SWIFT and to target the Russian central bank. The Government will go further, and more sanctions are being added almost daily.

I can assure you that the Government will keep finding new ways to put pressure on Putin’s regime and to support Ukraine and its people.