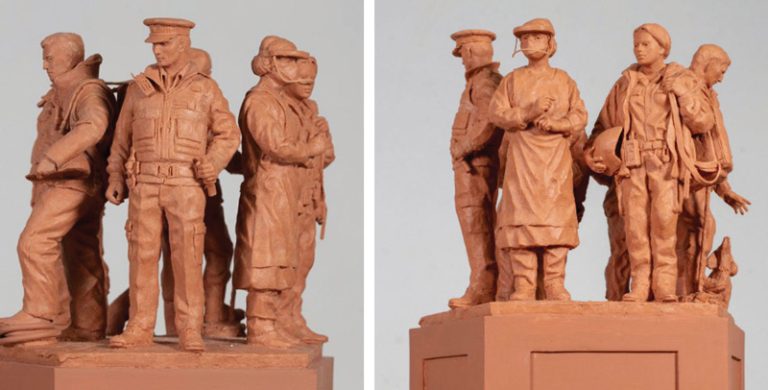 As a former firefighter and Police Minister, I am honoured to have been asked by the Emergency Services Cenotaph charity to co-chair a cross-party Parliamentary Committee to help raise money, and find a location for, a cenotaph to honour the NHS and emergency services.

The 999 Cenotaph is a remarkable campaign and is the brainchild of police officer Tom Scholes-Fogg who came up with the idea following a conversation with his grandfather, a Police Sergeant in the Greater Manchester Police, who had recently lost one of his officers in the line of duty.

The campaign is supported by HRH The Duke of Cambridge; the Prime Minister; the First Ministers of Northern Ireland, Scotland and Wales; the National Police and Fire Chiefs’ Councils; the Association of Ambulance CEOs; and all Search and Rescue organisations.
The memorial itself is being sculpted by Philip Jackson, whose previous work includes Bomber Command in Green Park, Gandhi in Parliament Square and The Queen in Windsor Great Park. It will be 21ft tall and includes six 8ft figures stood back-to-back wearing the uniform they would wear when responding to a 999 call. The figures will be stood on White Portland stone.

The figures are a police officer, firefighter, maritime volunteer, paramedic, nurse and search and rescue volunteer. I am very pleased that a dog is also to be included, to represent service animals.

The campaign is hoping for the cenotaph to be unveiled in HM the Queen’s Platinum Jubilee year. To make this a reality we need to find a location – preferably in the centre of Westminster – and we need to raise £3.2million.

All the colours of the rainbow

The season of giving…to nature