DENS Foodbank celebrates feeding the 40,000 and a special birthday 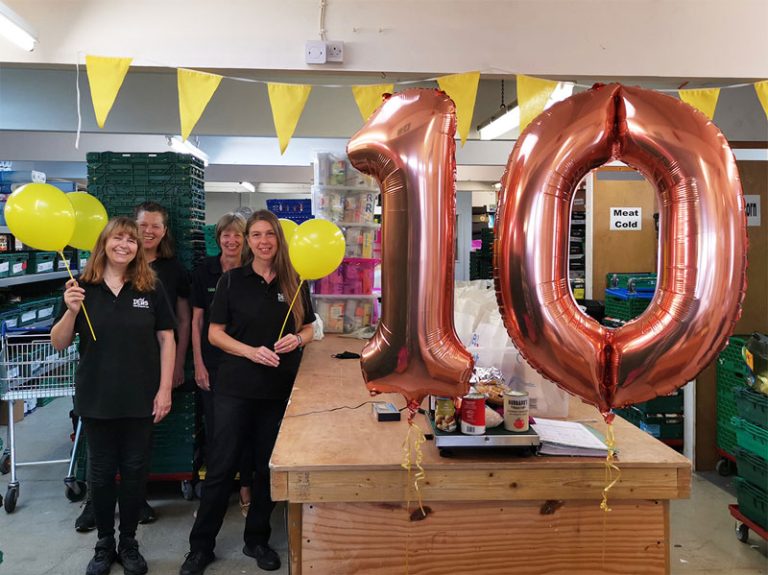 This September marks a very special occasion for DENS as the charity’s Foodbank celebrates its 10th anniversary. Run in partnership with The Trussell Trust, DENS’ Foodbank offers a vital lifeline for local vulnerable individuals and families facing food poverty.

Throughout the 10-year period since the Foodbank first opened its doors in Hemel Hempstead, DENS have fed a staggering 40,000 people, of which 16,000 were children. The total amount of food donated by the people of Dacorum weighs in at over half a million kilogrammes. This equates to the weight of 45 double decker buses!

Wendy Lewington, DENS CEO says: “It’s a sad reality that many local people find themselves facing the difficult prospect of food poverty. However, here at DENS, we are incredibly proud that our Foodbank has been able to support struggling individuals and families across Dacorum for the last 10 years. None of this would have been possible without the overwhelming generosity of our community and the hard work of our staff and volunteers.”

This Harvest time, DENS is unable to accept food donations at the Foodbank due to minimal storage space and a temporary relocation. However, the charity still needs the community’s support.

Wendy Lewington added: “To commemorate the Foodbank’s milestone anniversary, we’ve launched a special Harvest Appeal to enable us to continue supporting families and individuals, by simply swapping your donation of a tin for a donation of £1.”