‘Music gives a soul to the universe…’ 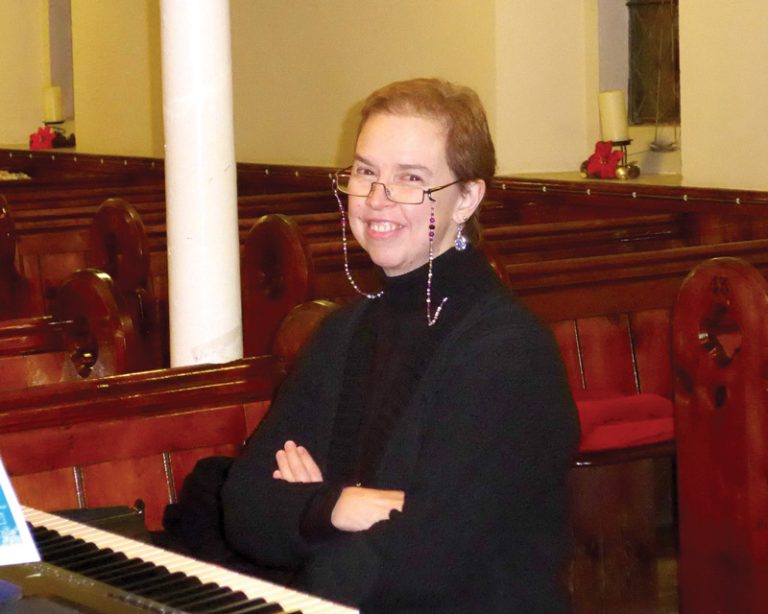 ‘Music gives a soul to the universe, wings to the mind, flight to the imagination and life to everything.’ Plato

Judi Kelly, our much-loved accompanist, shared her discs for a Desert Island via Zoom on the morning of Tuesday 20th October. Rufus Frowde introduced the programme and he and Judi discussed her musical life and her choices.

When asked for her luxury not unsurprisingly she chose her piano, though with the stipulation that she wouldn’t sleep under it. Nothing was said about floating away on it, though I imagine the innards would have had to be removed – a difficult choice! Her book was a compendium of music from the 30’s, 40’s and 50’s.

She didn’t name a favourite disc, maybe because it would have had to be two, the performances by her sons Murray (‘Long live the King’) and Kieran (‘Relight my fire’) with function band ClubLive.

Judi was born in Belfast and moved with her parents and older brother Stuart to a ‘little piece of Ireland’ in Bromley when she was two and a half. Her first choice The Dark Island’, based on a traditional Celtic melody, was recorded for her by violinist Clara Willmott-Basset; a choir member for many years till work intervened.

Another choice was from a memory of when her boys were small. She’d taken them to see Riverdance and Kieran 6, had fallen asleep. He awoke on hearing ‘Reel Around the Sun’ crying ‘Mummy, I want this to go on for ever!’
She started accompanying early. Her mother was a semi-professional singer and Judi was recruited to accompany her. She played piano for school assemblies from the age of 13 and continued her musical education at the Guildhall, where her career choice was forged.

There is not enough room to go into details of all her choices, but there was Bach (Violin Concerto in A minor) and Rachmaninov (Piano concerto no. 2, played by Ashkenazy). Both Rufus and Judi confessed to an inability to play this because their hands aren’t big enough!

Elegy by George Thalben Ball, organist Simon Johnson, brought back a memory of the Presbyterian Church Judi and her family attended. The organist Barry had been a choirboy under Thalben Ball

An uplifting ‘One Day More’, from Les Miserables, with John Owen Jones as Jean Valjean, plus the full ensemble completed the eight.

Our Facebook page (@dacorumcommunitychoir) has links to all of Judi’s choices – a wonderfully personal selection of the music which means so much to her.